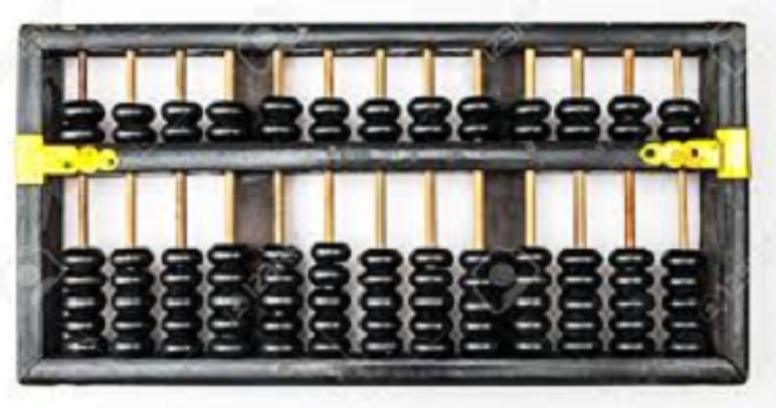 ABACUS Was this invented by the Ancient Chinese?

ABACUS  Was this invented by the Ancient Chinese?

ABACUS was used as a tool for counting things very long ago, even before the claim of it as an invention of Ancient Chinese during the Ming Dynasty (1364-1644 CE) period. Hence Chinese may not have invented the ABACUS but a modern look on ABACUS came from the Chinese.

Way back in the Sumerian culture in Mesopotamia or even before that tools were used for counting, by placing pebbles or small stones on tables containing lines or marks for performing simple arithmetic like addition or subtraction or multiplication or division.

Ancient Chinese used such Stones and pebbles for counting at the same period of time. From then on, they moved towards using wooden frames and beads instead of stones and pebbles and some precious stones like jade stones.

Counting tools found in the ruins of Mesoamerican in South America resembles ABACUS. Until very recently even Western European culture too used ABACUS  way of counting. Russian, Japanese and Chinese are still continuing to use ABACUS as a counting tool.

ABACUS  is not a Chinese word.

Counting tools or tables were called as, abakos, abakon, or abax, by the Ancient Greeks. Even before that time period the Ancient Hebrews named it as Ibequ (which means wipe the dust) and Abk or Abq (means Sand). It shows that Ancient Hebrews way of counting objects has been carried out using lines drawn on the ground and used pebbles to move the counter on completing the counting process, the dust wiped or cleared out to make a clean smooth table for the next counting task.

The counting tool used by the Ancient Chinese was called as ‘Suan Pan’.  When we think of ABACUS, what flashes in our mind is a wooden frame with beads. That style of ‘Suan Pan’  has been in existence from as early 13th century CE.

This ‘Suan Pan’ is made up of a wooden frame with two sections in it and with metal rods vertically holding the beads on both sections of the frame.

Now “Suan Pan” design has been changed to one bead on the top  and  5 beads on the bottom of the wooden frame. This change came into existence from Mid 19th century CE.

BOOK A  FREE TRIAL CLASS WITH US NOW!!